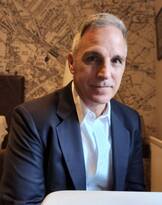 Tom is a seasoned protective operation veteran and trainer. He has over 30 years of experience as a security professional working in counterterrorism, personnel and physical security, crisis management, protective operations, counter-surveillance, investigations, and consulting. Aside from his from his position as Senior Advisor with Arcuri Group, he is also Director of Pecora Consulting Services (PCS LLC) where he provides leadership consulting services to companies with significant security elements.

Mr. Pecora is an Adjunct Professor at the Wright State University's Boonshoft School of Medicine. 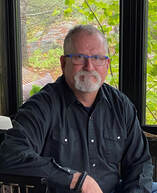 In addition to his operational background, Stephen is an accomplished trainer providing instruction to over 12,000 in various disciplines including Heavy Urban Search and Rescue (HUSAR) and is Lead Trainer for Crowd Management / Public Order delivering training to police personnel throughout Canada and the United States of America. He is a provincially certified Search and Rescue Manager in Ontario, and Affiliate Faculty for International Trauma and Life Support training.
​
Stephen Sadler has a bachelor’s degree from the University of Toronto, and currently serves as a Corporate Security Manger. He is recognized by Arcuri Group as a Situation Awareness Specialist® - Master Practitioner.

Greg Briggs, SAS-MP - Arcuri Group Master Instructor
​Greg is currently serving as a Nuclear Security and Emergency Management Professional. As a military veteran who retired after 22 years of combined service in the Canadian Armed Forces, Greg has amassed an enormous amount of experience in situational awareness and readiness disciplines.

He is a Certified Use of Force, Firearms and Tactics instructor and has developed training and response programs for law enforcement as well security professionals.  Greg also serves as the Vice President of the Ontario Tactical Advisory Body (OTAB).
​
Greg Briggs is an Arcuri Group Master Practitioner / Instructor and the proud father of three, and husband to a dedicated police officer of 15 years.

​​Monty H. Mathis, MA, SAS-MP - Arcuri Group Instructor
Monty H. Mathis is a former retired police sergeant with the Lakeland Police Department in Lakeland, Florida. Prior to that he served in the United States Air Force as an Investigator and one of top 5 criminal investigators in the USAF. He has extensive street experience in numerous aspects of law enforcement operations. Monty is a certified Firearms, Defensive Tactics, and Accident Reconstructionist, Interrogation Instructor and holds a master's degree in education. Monty has been a consultant for the Police Executive Research Forum and instructor for several universities and is currently a Master Practitioner (SAS-MP) and trainer with Arcuri Group.

“Giving up is never an option.” Monty has followed this philosophy throughout his entire career and continues to train and teach students the importance of the “Survival Mindset”, in all aspects of our lives.

On the international stage, Paul was a police advisor assisting in the design and delivery of community policing and engagement training in Mali (Africa); co-facilitating training workshops for security forces and civil society within the Mali Peace and Stabilization Operations Program - Global Affairs Canada.
​
Paul has held positions as 2nd Vice President of the Board of Directors and Chair of the Audit Committee at Cite Collegial (Ottawa's French language college), Co-Chair of the Joint Health and Safety Committee at the Ottawa Police, and a member of the Canadian Association of Chiefs of Police E-Crime Committee.

​Yvonne Armstrong, MA, SAS-AP - Arcuri Group Instructor
Yvonne is a professor in the School of Justice and Emergency Services at Durham College in Ontario. She teaches courses in the Police Foundations program as well as coordinates the Advanced Law Graduate Certificate program.

Prior to her teaching role, Yvonne was a senior constable and trainer with the Toronto Police Service (TPS). While with TPS she held various roles including undercover, investigative, and coach officer to new recruits. Upon leaving the policing world she joined Ontario Power Generation-Pickering Nuclear as an armed nuclear response force officer where she was a member of a tactical team tasked with protecting company assets and personnel on site. Skilled in special weapons, immediate rapid deployment (IRD), dynamic entry. Yvonne is also a consultant with TNT Justice Consultants where she teaches Mental First Aid.

Randy R. Campbell, SAS-AP - Arcuri Group Instructor
Randy R. Campbell began his career in law enforcement in 1990, serving as a police officer in Mount Airy, NC and in 1992, he joined the Virginia State Police. He was a member of the Virginia State Police Counter Terrorism Criminal Interdiction (CCI) teams and a narcotics canine handler. Randy was promoted to Sergeant in 2007. During this time, he was the VSP Division 3 Senior Firearms Instructor.

​Justin Gardiner, SAS-AP - Arcuri Group Instructor
​Throughout his career Justin has been passionate about personal safety, communication methods, and de-escalation tactics. He served as an instructor in combat during his service with the United States Army with the 173rd Airborne. Justin's US Army service included various roles - designated marksman, physical security supervisor, personal security detachment team leader, and school’s manager.

​After Army service, Justin continued his mission as trainer for law enforcement, and community readiness courses including Defensive Tactics, Verbal De-Escalation, Active Shooter Response, Arrest and Control, Use of Force, Combat Stress Mitigation and Medical Readiness. Over the course of his career Justin earned multiple accolades including the Purple Heart, Police Meritorious Service Medal, and most recently the County of Riverside Board of Supervisors Medal of Valor.